Alexey was born and raised in the family of an Evangelical Christian Baptist (ECB) church minister in the city of Shakhty in the Rostov region (Russia). He came to the Lord at 13 years of age and began to study preaching while still a youth.

He was involved in both the music and youth ministry. In 1991, Alexey was ordained to evangelic ministry at a new church planted in the city of Novorossiysk (Russia).

Since 2002 he has been carrying the ministry of pastor-teacher at Word of Grace Bible Church in Battle Ground, Washington (USA). Alexey is also the head of Word of Grace Ministries, which aims to train leaders and spread biblical preaching on audio cassettes, CDs, DVDs, radio, television, as well as the internet (www.slovo.org and www.islovo.org). He holds a Bachelors degree (B.A.) from Southeastern Bible College, Birmingham, Al, as well as two Master degrees (M. Div. and Th. M.) from The Master’s Seminary, Sun Valley, CA.

Vitali was born and raised in the family of an Evangelical Christian Baptist (ECB) church minister in the city of Rivne (Ukraine). He came to the Lord at 17 years of age and was involved in the youth and missionary ministries at a local church.

Upon moving to the States in 1991, he continued to work with the youth and was involved in the music ministry at the Slavic Baptist Church in Santa Barbara, California (USA). In 1999 Vitali was ordained to ministry as a pastor of a church in Santa Barbara, and in 2007 he moved to Vancouver, Washington (USA) where he currently serves as assistant pastor of Word of Grace Bible Church. Vitali is married and together with his wife Helen is raising two sons and a daughter.

Sergey Yelchaninov was born and raised in a large Christian family. Sergey’s father was a pastor in an Evangelical Christian Baptist (ECB) church in the city of Mikhailovka (Russia). At 15 years of age, Sergey came to the Lord and after being baptized at 16 years of age he developed zeal to serve the Lord. He became involved in the kids ministry. When he was 19, Sergey moved to the city of Shakhty (Russia) where he continued to serve in the kids and youth ministry.

In 1992 Sergey was called to minister as a pastor in Portland, Oregon (USA). In 1996 he was ordained to ministry and in 1995 he became involved in the general development of Word of Grace Bible Church in Battle Ground, Washington (USA).

Alexey Ivanovich Kolomiytsev was born in 1930 in the family of a Russian communist. He came to the Lord at the age of 17 (in 1947) and at 19 years of age, began preaching. He lived through times of church persecution and oppression during the USSR regime. He carried out the ministry of head pastor of the ECB Church Council in Caucasus and Transcaucasia. In 1966 he was arrested because of religious convictions and sentenced to prison for 3 years, after which he continued to serve on the ECB Church Council.

In 1981 he was involved in the evangelical mission at a church in Novorossiysk and was responsible for the evangelism ministry on the Council of Autonomous Churches of ECB.

Since 1998 he has been occupying the role of Pastor Emeritus at Word of Grace Bible Church in Battle Ground, Washington (USA), performing duties as a mentor as well as consulting on various matters of church governance. Moreover, Alexey Ivanovich assists various churches and their ministers in duties of counseling and church leadership.

Benjamin Portanskiy was born and raised in a Christian family in the city of Fergana (Uzbekistan). He turned to Christ and was baptized in 1976 at the age of 15 years and was involved in the youth ministry. He immigrated to the USA in 1991.

In 1997 he was chosen to be the secretary of the Elder’s Board of Word of Grace Bible Church in Vancouver, Washington (USA). Presently he ministers as a pastor-counselor and is a collaborator of Word of Grace Ministries.

Pastor of Next Generation Ministry to Children and Their Parents

Eugene Shkarovskiy was born in the city of Dzhambul (Kazakhstan) in a family of Christians. Having lived eight years in Novorossiysk (Russia), in 1991 Eugene, along with his parents, moved to the USA.

The essence of true Christianity became clear to him from the sermons and practical life of Word of Grace Bible Church pastor, Alexey Kolomiytsev. Having come to the Lord, Eugene acquired a passion for helping other young people find joy in submission to Christ. The best school of shepherding for Eugene became the context of the local Word of Grace Bible Church, and his teachers — the elders and brothers of this church. Eugene has also completed the Word of Grace Bible Institute program.

In 2008 Eugene was ordained to ministry and was the youth ministry leader in the church until June of 2011, at which point he became the pastor of the Next Generation ministry — a post he presently occupies.

While serving in the church, Eugene also currently works as a registered nurse outside the church. In the summer of 2006, Eugene has also enrolled in one of the greatest schools by marrying Irina... Together they are raising three children.

Leader of the Ministry for New and Potential Church Members/Counselor

Nickolay Kolesnik was born in Melitopol (Ukraine), and grew up in the family of an ECB church minister of Novomoskovsk (Ukraine). He became a believer at the age of 18 and became involved in his local church in the music and youth ministries. He graduated from the conducting school in the Logos Institute in Moscow (Russia). Having moved to the USA in 1995, he continued his involvement in the music and youth ministry in various churches around Vancouver, Washington (USA).

In 2004 he became a member of Word of Grace Bible Church and was responsible for the worship ministry. Presently he is involved in the new-members ministry and in counseling.

Academic Dean of the Word of Grace Bible Institute

Vitaliy was born in Vinnytsia (Ukraine) and in 1997 moved with his family to the States. Eight years later he began attending Word of Grace Bible Church and soon came to Christ. For five years he was actively involved in the youth ministry at the church and in the summer of 2011 was appointed as the youth pastor. Currently, Vitaliy is the dean of Word of Grace Bible Institute.

While not working, he is glad to spend time with his wife, two sons, as well as with a good book.

Dmitri Zherebnenko was born and raised in a Christian family in Novosibirsk (Russia). He came to the Lord in 1997 at the age of 18 years old.

In 2011, together with his family, Dmitri joined Word of Grace Bible Church as the academic deacon of the Bible Institute. In 2014 he was ordained to ministry as a pastor and today he is responsible for the youth ministry of the church.

Along with his wife Irina, he is raising four sons.

Roman was born in 1978 in Novorossiysk (Russia). He came to God at 19 years of age and was baptized at the Novorossiysk Evangelical Church. While still being in Russia, Roman was actively involved in spreading the influence of biblical preaching. In 2007, Roman moved to the United States with his wife Olga, son Elisha, and daughter Elizabeth.

Today, the ministry Roman carries encompasses management of the book store as well as production of media resources of the local church in various formats. Roman is also responsible for WGBC programs aired online, on the radio, and television. 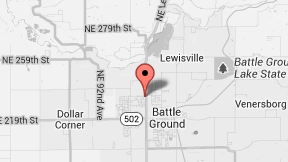